The Legend of Copper Toxicity 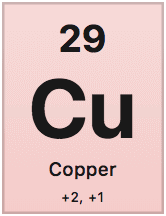 One of the main differences between the Root Cause Protocol (RCP) and other nutritional programs: The RCP appreciates copper's wonderful natural functions. Other programs blame "copper toxicity" for every imaginable symptom.

How the Legend of Copper Toxicity Arose

The myth or legend of "copper toxicity" first arose around the 1970s with the work of Carl Pfeiffer MD who attributed certain biochemical imbalances, but not others, to the effect of copper.

Copper research never emphasized the idea of "copper toxicity" until a few decades after:

Thus, by Dr. Pfeiffer's time, many different aspects of modern life had begun to dislodge copper from its ability to perform its biological functions.

Many of the teachers I greatly respect have adopted the paradigm of "copper toxicity", including Dr. Paul Eck, Dr. Rick Malter, Dr. Lawrence Wilson, Dr. Carl Pfeiffer, Dr. William Walsh, Rick Fischer, and others. I agree with all of them about many things, and I admire their important work to educate about the importance of minerals.

However, the time has arrived to question the Legend of Copper Toxicity.

What the Legend Says

Questionnaires may be given, which usually include a wide variety of symptoms. Highly likely, you could match some symptoms to yourself and easily conclude you have "copper toxicity".

Later, after supplements are given to remove copper (such as ascorbic-acid-C and zinc), copper may rise on a hair test as symptoms reappear or worsen. But,

Copper does many wonderful things in the body! These include catalyzing:

Copper must be bioavailable to work right. It must be properly bound to ceruloplasmin, hephaestin, cytochrome C oxidase, superoxide dismutase, and other enzymes that put copper to work.

So how did copper come to be considered "toxic" and get blamed for all sorts of symptoms?

Copper as the Primary Oxidant?

Many would agree that a multitude of different symptoms and unwanted phenomena may be attributed to oxidative stress. Oxidative stress involves unpaired electrons causing damaging chemical reactions in our bodies.

Copper is a redox-active mineral with two oxidation states, +1 and +2. Copper can give and receive an electron in redox reactions.

As a redox-active mineral, copper itself can cause oxidative stress. However, it does so only when not properly embedded in working copper enzymes.

The Legend of Copper Toxicity would say that excess copper is causing your oxidative stress-related issues. However, there's 60 times as much iron as copper in the human body! And unbound iron itself causes severe oxidative stress via the damaging Fenton reaction.

Copper enzymes, among many other functions, perform redox reactions that help protect the body from rusting. Rusting occurs when iron meets oxygen, unless iron is kept under control by copper-dependent processes.

Copper (our hero!) protects from iron oxidative stress. At every step, copper-dependent enzymes protect us from iron. Without copper working correctly for you in enzymes, then iron gets stuck, and causes oxidative stress. Then you get all kinds of symptoms.

Thus, copper is a convenient scapegoat for the dirty work of . . . stuck iron.

In contrast to its bad reputation, copper in copper-based enzymes protects from stuck iron causing oxidative stress. When working right for you, copper is the all-star anti-oxidant!

Synthetic supplements and food fortifications that, in any amount, interfere with copper function include:

As many of the proponents of "copper toxicity" correctly point out, there indeed are numerous toxic exposures in the modern world which interfere with copper function.

As the much-needed copper leaves the body, iron gets stuck in cells, which makes symptoms show and worsen.

"Copper toxicity" occurs when synthetic nutrients or chemicals are ingested that make copper stop working and iron become stuck and toxic. These include the synthetic nutrients from the list above, which we encourage you to STOP in the Root Cause Protocol.

After giving synthetic supplements that dislodge copper from its enzymes, many practitioners then go chasing the "toxic" effects of copper. But they miss the loss of copper's beautiful energy-making, iron-mobilizing, and anti-oxidant functions, which they haven't helped you restore.

Nutritionally, what has been called "copper toxicity" mainly occurs indirectly as the result of iron food fortification, chemical exposure, and synthetic nutritional supplements from the list above. It is always accompanied by a failure of copper function, which can be remedied by a protocol to improve copper function.

"Copper toxicity" is a legend because too much copper isn't really the cause of one's problems. Instead, "copper sabotage" might be more appropriate. Exposures to other substances, including popular nutritional supplements, sabotage copper's ability to do its heroic work!

How to Make Copper Work for You!

The priority is to get copper and iron working for you again, not to remove copper.

Copper blaming, though usually with good intentions for healing, seems a primitive and fearful approach before the Root Cause had been identified by Morley Robbins and others. The removal of copper in "copper toxicity" programs will produce or worsen bioavailable copper deficiency, which always will result in iron dysregulation. That's how copper and iron work together.

For a detailed guide on how to get started restoring copper function, please see the Root Cause Protocol Handbook. If you'd like a personalized consult with me about how copper and other minerals are working for you based on your lab results, please click here.